The Velocity HealthTech Fund will give early-stage health startups a chance to access $50,000 in pre-seed funding to grow their business and would be awarded following a pitch competition.

The HealthTech Fund will make investments in addition to the $50,000 that pitch competition winners gain from the current Velocity Fund. The current fund was launched last year and has raised US $1.3 million and has invested $600,000 into 12 startups.

“Following the launch of the Velocity Fund last year, it quickly became apparent that there is a significant appetite among individual investors in Canada to get in on early-stage startups,” said Adrien Côté, executive director of Waterloo’s entrepreneurship program, Velocity. “We launched the second fund in part to meet a market demand among investors that we know exists and to address the ongoing challenge that early-stage companies face in attracting investment.

“Focusing our second fund on health tech only made sense given that 38 per cent of the companies we have in our incubator operate in this space, a trend we only see increasing over time,” said Côté. “Access to additional early capital allows founders to tackle unique, and often costly, aspects of building a health tech company.”

The Velocity HealthTech Fund awarded its first investments on February 27 to two startups involved in health technology. Life Sciences Key Technologies received a total of $100,000 from both funds, while Caribou received $50,000 from the new health tech fund.

The Velocity HealthTech Fund was launched to accredited investors four weeks ago and has already reached $1 million US, meeting its initial fundraising goal.  The fund’s investment will help early-stage, health tech startups accelerator and strengthen their product development, IP strategies and understanding and navigating the regulatory environment associated with the healthcare industry.

Interest in the fund has primarily been from individuals who are currently employed in the health care field.

“I invested in this fund early because I believe in the impact that startups can have in our health care system, and I am passionate about health,” said Dr. Richard Weinstein, an ophthalmologist based in Kitchener, Ontario and HealthTech Fund investor. “Because my ability to holistically judge the potential of health-tech startups is limited, this kind of fund provides me with a more straightforward, vetted way to invest in the sector.”

The University’s first startup venture fund, the Velocity Fund, was launched in April 2019. The AngelList-powered venture fund gives investors a way to invest in a diversified portfolio of early-stage startups supported by Waterloo’s Velocity Incubator. The fund replaced a grant system used to fund awards in the incubator’s tri-annual Velocity Fund Finals. 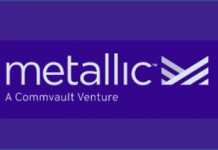